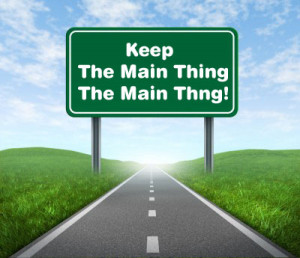 It will be a sign for you on your hand and a memorial on your forehead, so that the law of the LORD may be in your mouth, for with a mighty hand the LORD brought you out of Egypt. 17 When Pharaoh released the people, God did not lead them by the way to the land of the Philistines, although that was nearby, for God said, “Lest the people change their minds and return to Egypt when they experience war.”

“I will harden Pharaoh’s heart, and he will chase after them. I will gain honor because of Pharaoh and because of all his army, and the Egyptians will know that I am the LORD.” So this is what they did.

The Israelites said to them, “If only we had died by the hand of the LORD in the land of Egypt, when we sat by the pots of meat, when we ate bread to the full, for you have brought us out into this desert to kill this whole assembly with hunger!” 4 Then the LORD said to Moses, “I am going to rain bread from heaven for you, and the people will go out and gather the amount for each day, so that I may test them. Will they walk in my law or not?

With a mighty hand God delivered His people, yet three days after many miracles, including parting a sea, granting favor to the Israelites so they plundered their enemies and prophesying and fulfilling 10 plagues, they doubted God.  They replaced the faith they had learned to have in God quickly with fear and doubted God’s goodness and character.

God’s people did not understand His purposes and looked at their circumstances of discomfort and misinterpreted them.  A good God would never have them wonder if God would faithfully provide, would he?  Why would He test them?  Because He knew their tendency was toward the superficial.  They wanted to be provided for, but did not expect that a relationship with God would mean they would have to go without to make them see their need of Him.

The Israelites had forgotten their purpose.  The main thing for them became their happiness.  They became self-focused and disillusioned when trials came.  They began to think that the grass was greener on the other side, but forgot that the other side was slavery.  Suddenly the “feast” they used to eat while there was embellished to be something they missed.

We might think this happened only in Old Testament times, or with an unintelligent people who were ignorant of God’s plan, but we, too, are easily distracted and forget what we have been saved from.  We forget our purpose, our mission.

We become enchanted by the world or begin to be lulled into thinking this world system and the here and now are the most important.  Eternity hangs in the balance for all those around us, yet we are often preoccupied with worries of this world and distracted with trivial things.

The Israelites thought God’s deliverance was all about them.  They focused on their freedom or on the comforts they wanted. God’s purposes always run far deeper than ours.  He chose us and wants to use us for His glory.  He loves the world and does not want any to perish.  God help us to keep the main thing the main thing . . . knowing Jesus and making Him known.

Lord, help us to remember daily Your promises and to fulfill the mission You have called us to.  Help us to keep You at the center of our lives and your salvation as the main purpose of our lives.